We woke up and it was St. Patrick’s Day in the Windy City! We made our way to the spectacular Rockefeller Chapel on the campus of the University of Chicago. The chapel boasted an awesome display of unconventionally colored (mostly muted, light hues of purple, green, and blue) stained glass windows. 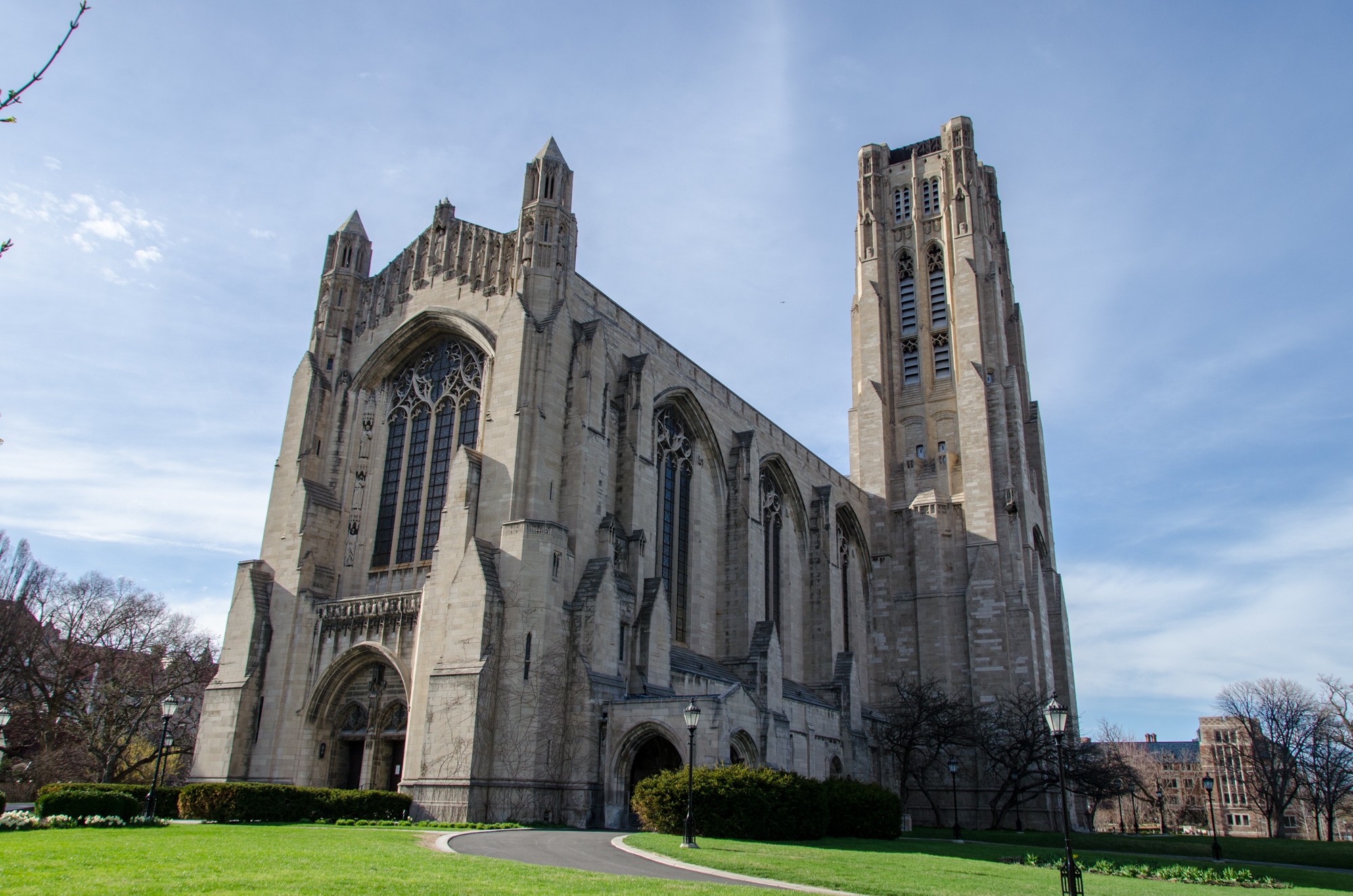 The concert began at 2:00 PM. Our accompanist opened the show by providing Adrian Berliner G4 a D on the piano so that he could begin his solo in Mogamigawa. But, rather than begin the Japanese folk song Adrian started singing a classic sea chanty From Boston Harbor much to the surprise of our faithful conductor. Andy caught on quickly and began to conduct the song appropriately, but little did he know that once the chorus arrived the entire glee club would speed up the tempo and start swinging eighths. Thoroughly bewildered, Andy smiled and tried as best he could to keep up with the shenanigans. When the song reached the final verse, the Glee Club stared menacingly at its conductor as it solemnly sang “And the one thing we shall have to crave is that he may have a watery grave. So we’ll heave him down in some dark hole where the sharks will have his body and the devil have his soul.” But the piece ended on an upbeat note with a “Yo heave ho, to row row, wind aloft and rum below.” Andy took the tour prank very well and graciously bowed for the slightly confused audience.

After a week of shows and rehearsals the Glee Club gave a truly emotional, yet refined performance. The organ and chapel provided an amazing opportunity to sing the Benedictus of the Cooman mass. One highlight was surely the singing of an arrangement of Sondheim’s Not While I’m Around.

After the show the Glee Club had the opportunity to explore the city of Chicago on one of the most festive days of the year. People dispersed to see the green river and cloud gate, to try authentic Chicago deep dish pizza, and to spend some time with friends and family in the area. In the evening a good time was had by all but the gleeks tucked in on the early side to be ready for the next day’s flight home to Boston.